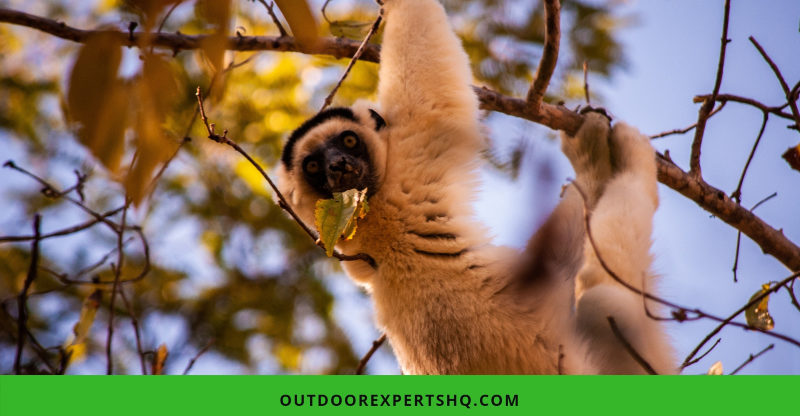 Since its commencement in 1988, the Rainforest Trust has saved over 22 million acres of rainforest land. Basically, it all started when three conservationists decided to come together. They came up with the plan to buy the threatened rainforest to preserve its endangered flora and fauna. The team accomplished it with the help of local partnerships and community engagement.

The founding father of Rainforest Trust is Byron Swift. Finally, the organization became a reality on December 8, 1988. Last year in 2018 it completed three decades of rainforest preservation among its other noble endeavors. It used to go by the name of World Parks Endowment and World Land Trust-US before coming up with its present name.

Let us take a look at how much it has evolved and accomplished over the years.

It took less than a year for the Rainforest Trust to register its first conservation victory. A virgin tropical forest was about to be demolished and converted to commercial cropland. Also, this land was located in the Sierra de Las Minas Mountains of Guatemala.

The vital land expanse was home to the largest cloud forest found in all of Central America. In this case, most indigenous species of birds, animals, and amphibians here were not present anywhere else on the planet. As a result, this made it all the more important to save this endangered ecosystem.

They decided to partner up with a fellow fighter of the good fight named the Defensores de La Naturaleza (Defenders of Nature). Together they raised funds to purchase the entire 11000 acres of the Sierra de las Minas Reserve priced 4 dollars/acre at that time.

This ultimately led to the preservation of 600,000-acre wide Sierra de Las Minas Biosphere Reserve. Its lofty mountains still protect various rare ecosystems such as the subtropical thorn forests and the glorious cloud forests. Also, it is an important protected area in the entire Central America region.

Scroll down to know about their current goals and projects.

Below is a list of current projects that the Rainforest Trust has set as its recent goals:

Expanding the Onepone Refuge for Amphibians in Ghana

The total cost of this project is $370,469, an estimation. Currently, the funding is just 15 percent at $56,584. Per acre price of this endangered habitat is 280 dollars. The organization has pledged to match every dollar with a dollar via their SAVES challenge. 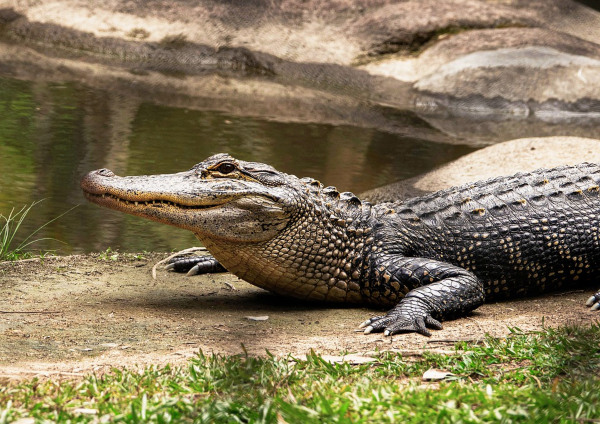 The exact location of this project is Togo-Volta highlands, Ghana. The total area under this project amounts to 1319 acres. The Togo Slippery Frog (CR), Hooded Vulture (CR), Ukami Reed Frog (EN), Boxiana Cola (EN), Ivory Coast Frog (EN) and White-bellied Pangolin (V) are the key species of this project. Their selection is based on the latest IUCN Red List.

The main habitat under the threat of deforestation and hunting pressure here is the Savannah, mountain forest. Rainforest Trust has partnered with the local organization Herp Conservation Ghana for this project. The main focus is on expanding the refuge area for the Onepone endangered species.

This bio-diverse habitat comprises of at least 220 plant species. In addition to this, 20 amphibian, 152 bird, 76 butterflies, and 24 mammal species co-exist here. Logging, expanding settlements and agriculture are the main causes of forest and habitat loss in this arena.

The area for this project is located in the ecotone between Colombia’s Chocó hotspot and the Andean hotspot. It measures to a total area of 2,332 acres. Also, the price per acre is 236.67 dollars. Till now, it has been only 27% funded. Rainforest Trust is matching each dollar with 3 dollars under their SAVES challenge.

The total funding raised till now is 153,760 which is a long way from the $551,909 of the project requirement. And, Rainforest Trust has locally partnered with the Fundación ProAves. The main focus is on purchasing this land to expand the protective measures towards the environment.

Cattle production, gold mining and the unsustainable logging are the big threats in this case. Total carbon storage within this ecosystem is 306,000 metric tons. The delicate wildlife corridor between Chocó biogeographic zones and the Andes will be preserved with this green acquisition.

The total area under this endeavor is 12,179 acres valued at $77.02 per acre. The land at risk, in this case, is the El Dorado Nature Reserve at the Sierra Nevada de Santa Marta in Colombia. A total of $1,824,957 is required to acquire and rehabilitate it. The current collection is only $642,829 which makes about 35% of the total requirement.

Coffee plantations and pastureland motivated deforestation are the main threats in this location. The key solution here is to purchase the land and designate conservation practices on it. This project’s dedicated local partner is the Fundación ProAves.

The SAVES challenge ensures four times impact in this case. Each one dollar of the donation is matched with 3 dollars from the Rainforest Trust’s side. Quadruple action will be initiated in this case once the project economic goals are met.

These are few of the many current goals of the Rainforest Trust.

Following is a list of the recent achievements of the Rainforest Trust.

The Rainforest has successfully completed this mission. The challenge was to raise $790,965 for an area of 34,794 acres. The price per acre was 22.73 dollars. This amount has been successfully raised by them in collaboration with The Environment and Rural Development Foundation (ERuDeF), their local partner. 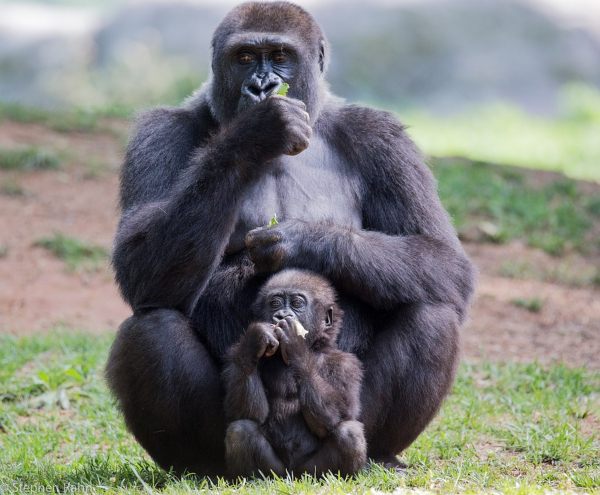 They are on their way to create the Bangwa Mbo Wildlife Sanctuary along the Lebialem Highlands as planned. This step will preserve a number of local endangered species and primates. The 34,794 acres of their habitat is in the process of preservation.

Better management of Tofala Hill Wildlife Sanctuary will result from a sound management plan. This will involve eco-guards hiring and community consultation for successful implementation. The heavy involvement of the local Ministry of Forestry and Wildlife will take place.

The next successful project is about the Rio Canandé Reserve of Ecuador. It is situated in the Chocó region of Ecuador and expands upto 1,222 acres. The key species under threat before were Brown-headed spider monkey, Mache Glass Frog, Great Green Macaw, Jaguar, and Banded Ground-Cuckoo.

Their damaged habitat of Lowland tropical rainforest required immediate attention. The main threats to this habitat were palm oil plantation expansion and logging. The total funds required was $479,315 for the 392 dollars/acre price value of this area.

The Fundación Jocotoco is the local partner of Rainforest Trust in this successfully completed project. The main plan of action was to first buy the six properties accounting a total of 1222 acres. Then connect them further to the 762,000-acre conservation corridor.

This purchase has significantly reduced the gap between the El Pambilar Wildlife Refuge and the reserve. The local Chachi communities are also relieved since their prime source of livelihood and shelter is safe now. They follow sustainable practices of hunting, fishing, and agriculture.

The area of Lomami basin, Dem. Rep. of Congo required urgent attention. Here, Ivory poaching and bushmeat hunting were the main problems plaguing this area. It is sprawled over an area of 2,193,948 acres and constitutes the Savanna to the equatorial closed forest. 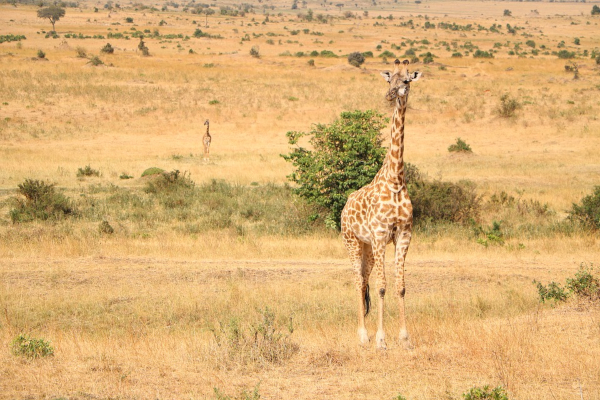 Per acre price of this land is 0.58 that brought the total goal value to $275,000. Also, the Rainforest Trust has successfully reached this goal and started implementing the conservation plans. The main action plan here is to develop the Creation of Lomami National Park.

The local economies of a hundred different village existing here will revive with this step. Therefore,  the LWRF has already employed around 90 people from 38 different villages of this region. This is one of the first few parks in all of Africa that will see major involvement of the local communities in the conservation activities.

These were few of the shining examples of Rainforest Trust’s innumerable success stories.

All the donations by environmentally conscious doners are put to use completely in the conservation practices only. Further, generous board members cover the administrative expense.

This makes sure that all the gracious donations collected are totally put to the environmental rejuvenation. Also, the 4-star rating by the Charity Navigator is an assurance of the same. This seal of approval signifies the efficiency, accountability, and transparency of this organization.

The Rainforest Trust works towards purchasing the endangered habitat and initiation permanent protection practices on the same. There is good involvement of the local communities, non-profit agencies, and government authorities.

The total income raised in 2018 was 48.8 million dollars. In this case, 19% of these donations came from the institutions and the foundations. Then, aware individuals like yourself did 77% of the contribution. Finally, 2% of the charity was from donations and the remaining 2% was from other income sources.

The Board of Directors fully covered the operational cost. In other words, the entire 48.8 million dollars went directly to the conservation action. Therefore, the conservation programs consumed a total of 92% of the funds. Further,  7% went to fundraising events. Also, 1% went to administration costs. Thus, the outstanding cost efficiency of the Rainforest Trust makes it a consistent recipient of the Charity Navigator 4-star rating.

The Rainforest Fund has put the system in place. This makes it far easier than actually establishing a working conservation agency first by ourselves to bring about change. Thus, we can easily create the necessary change by donating to any of the various ongoing projects on their website.

The acres covered in foliage hold a good amount of carbon dioxide from the atmosphere within them. Thus, they help in maintaining a healthy environmental composition. As a result, our donation of even 10 dollars to the current Amazon project in Peru can make a massive difference.

One Step Towards Sustainability

This donation can preserve over 5 acres of threatened habitat. To clarify, this translates to containing approximately 3,675 metric tons of carbon dioxide. Removing this green cover will be equivalent to causing the harmful carbon dioxide release of 781 U.S. cars into the environment.

Our donations can help in protecting the habitat of endangered species under their various projects and our own habitat.

The survival of the ecosystem depends upon the well-being of all the involved species. The constant wipeout of habitat after habitat in this age of urbanization will not end well if we still don’t mend our ways. We need to make sure that we harmoniously co-exist with the hummingbirds and blue whales of our ecosystem.

Are you environmentally conscious? Tell us what signs you see today that concerns you about our planet. Let us know how you contribute to a sustainable environment in the comment section below. Take the first step by sharing this article on your socials with your friends and family. 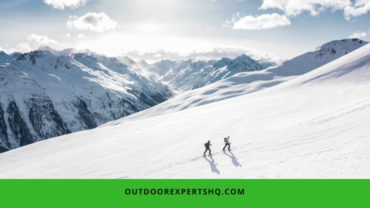